Many Lives. Priceless Stories. One Dream.

About me, the project, and the future happening right now: 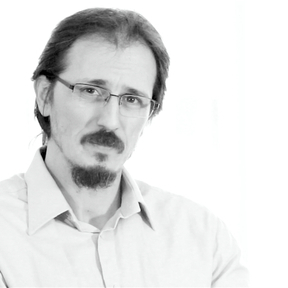 I was born in Romania, a country with a culture rich in fairytales and legends, heroes and warriors, dreamers and poetry. To me, becoming a storyteller was a natural path in life. Exploring and pursuing a life of learning became a passion and a way of life, getting more complex and more profound as I got older.

I am a proud Dad, a student in Martial Arts and movement, and an independent filmmaker. My company Arts4Hope,LLC focuses on projects that can bring fundamental human values in focus through the language or art.

It all started when I was twelve years of age. As a troubled teen with a family in turmoil, one night while walking my dog around my house in Bucharest, I spotted through the window of a neighboring institution, a silhouette moving both like a cat and a bear at the same time. I was fascinated, and knocked on the window. What followed is a journey through Martial Arts which continues to this day.

Decades later, while I was a student of Knut Bauer Sensei of Central Illinois Aikikai, my family and I needed to move out of state. Being a filmmaker and a practitioner of Aikido, and being away from my "home dojo", I came up with the idea to create a film about Aikido told from the perspective of those who have devoted their lives to the practice. This idea grew into Living Aikido Life Project, which now has two components - the documentary itself, plus a first wave of ten additional shorter films which will become available online throughout 2017-2018.

As you support this project through a purchase or a donation, you also become part of larger effort designed to bring Aikido's fundamental principles to everyone around the world. This is no small task, but with your support, it can be accomplished - step by step.

The Founder of our art, Morihei Ueshiba, had wished that Aikido become a gift to the world. This my humble attempt at being a part of the growing movement and community of wonderful human beings for whom O'Sensei's dreams have become their mission.

My focus has stayed with the conflict resolution aspect of Aikido practice, therefore it is not really a technical project - although the viewers will have the opportunity to see a great number of techniques.

The goal was to make an educational project, while at the same time providing principles and tools that anyone can use in their daily life, almost immediately after watching the material. This was possible through the generosity of ten amazing human beings who share their Aikido story and provide invaluable insight into over 300 years of Aikido experience combined.

The project's first phase (2017-2018) is the release of the full length documentary plus the ten shorter films, followed by a second phase slated for production mid-2017 with a 2018 release.

With your help, by donating and/or purchasing the film or the membership, Living Aikido Life Project will become a gift to all those who need support and inspiration as they take on the daily challenges of modern life.

Both the documentary Living Aikido Life and the online project will become available starting June 2017.

Please join in and help us grow a project that I hope will change many lives, just as my life was changed too upon my first encounter with Martial Arts.